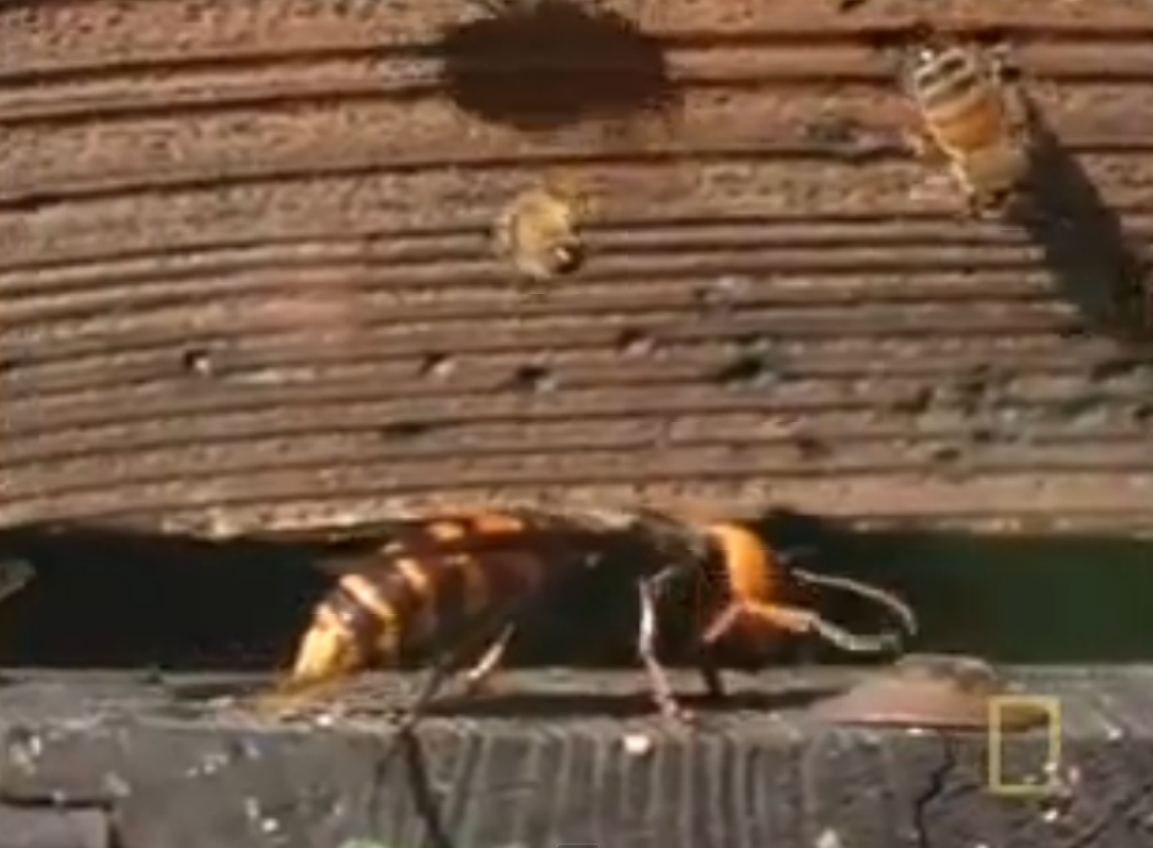 WARNING : THERE IS NO CONNEXION whatsoever with the so-called “FRELON ASIATIQUE” presently spreading over Europe since a few years (South West of France first, Spanish Basque Country second, Northern France third).
Within continental Europe – with the exception of Cyprus, that we shall review in another article to be published here soon – the lethal temperatures of both “local” hornets (European hornet or Vespa crabro and the so called in France “frelon asiatique” : “Asian Hornet” or Vespa velutina nigrithorax) are different from those of Vespa mandarina. By the way, so are lethal temperatures of Japanese HB and of Japan-imported European HB.
Sizes of hornets are different too, since V. crabro is smaller than V. mandarina. As for V. velutina, it is even smaller.
But Vespa velutina has larger colonies and causes many more damages to the French apiaries than V. crabro, especially in thoses populated suburban areas where other proteinic resource (flies, wasps, etc) is scarce.
Evolution has allowed Asian HB to develop a strategy of defense that European HB should not be able to re-invent, either now, or later. Bluntly spoken, sorry folks, this happens in Japan, not here in Europe, and we feel rather happy about it till now. Alas, globalization is not over yet and invading species are not dead, either.

Type to search or hit ESC to close
See all results